Meerut is known as a fast developing town of India, located on the banks of the Ganges and the Yamuna. It is where civilization began during the ancient times. One can, thus, trace back the history of this place to the times of Mahabharata and Ramayana. A number of temple architecture depict the life during the ancient period. The temples here in town belong to different periods of history right from the ancient to the medieval times during the confluence of British in India while few others were built during the last century. While there are many Hindy temples in Meerut, the ones in the surrounding areas such as Hastinapur are known for the Jain temples. Here’s a sneak peek into the temples that one can visit in and around Meerut. 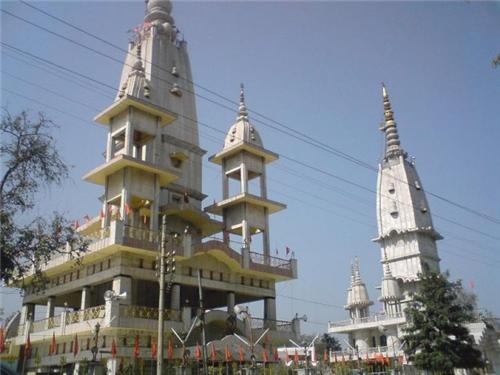 Also called as the Augurnath Temple, the presiding deity here is Lord Shiva. The Shivalinga in this temple is believed to have emerged on its own. The temple is deep rooted in the history of freedom struggle of 1857. This place is situated close to the cantonment area where the Indian soldiers were stationed. The Indians in those times were often referred to as Kali Paltan. They found a safe place in the temple premises, to escape and plan their meetings without any interference from the British.

This temple is among the popular temples that was built at least 40 years ago. The principal deity here is Goddess Durga, where people from all over nation throng during the days of Navratri. It is located at Kharkhauda in Meerut.

This temple is located in the Sikhri Khurd area in Modinagar and is frequented by the people here. The temple also bears ancient roots and played a vital role in the freedom struggle movement in 1857. An annual fair that is conducted here every year during the days of Navratri draws huge crowd of people from all over. People from the nearby towns and villages come here and buy or sell their domestic animals during the days of fair.

Dedicated to Goddess Durga, this temple is a relatively new temple that was inaugurated in 1981. This is among the first temple to come up in Sanjay Nagar area and the largest too.

This temple is located at Modinagar within the huge area of more than 15 acres. As the name suggests the presiding deity here is Lord Lakshmi Narayan.

The Sai Baba Mandir here in the city is also popularly called as "Choti Shirdi", that attracts worshippers from all over North India. This is located in the Cantonment area of Meerut.

Surajkund Temple is one of the oldest temple and is a unique in nature too. The Shahpir Mausoleum is located within the premises of this temple. It is popularly called as Baba Manohar lal Mahadev Mandir.

Some of the other popular temples in Meerut are
Besides, the above-mentioned temples, Meerut is a home to several other Hindu temples as well as the Jain temples. In fact, the city is dotted with temples and religious places built during the different phases of history to modern era.