Meerut was the center of the British East India Company in North India. During the helm of affairs, the town saw a number of institutions. Be it religious, charitable or educational institutions that were established by the British. Most of the churches in Meerut were built by the British to serve the military garrison stationed here and are a built in the classical English style of architecture. 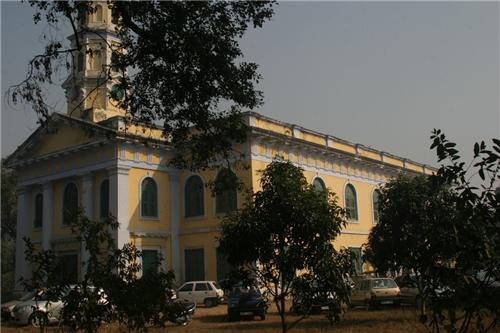 St. John’s Church is one of the popular churches that were established by the East India Company in 1819. This church is considered to be one of the oldest and the largest in terms of seating capacity. At present, the church is under the Diocese of Agra. St. John’s Cemetery located next to the church. St. John’s Secondary School is run by the parish of this church and is located close to where the church is located. The church has an illustrious history of 200 years and reflects the glory of the Anglican period even in the present day.

Chaplin Reverend Henry Fisher was posted in Meerut during 1800s who was instrumental in the establishment of this church on behalf of the East India Company. He commenced the building of the church in 1819 and completed it by 1822. The parish message is Unity, Witness and Service, which can be seen at the entrance door of this church. 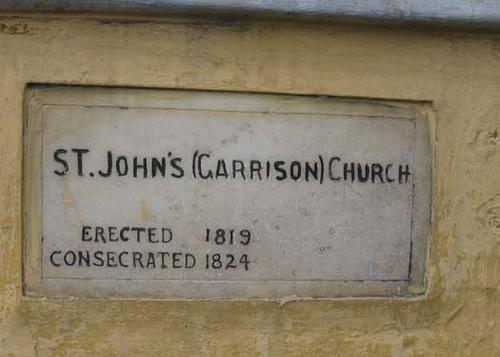 The earlier structure included seating arrangement of nearly 10,000, that included seating at different levels. However, in the present day, the upper seating has been done away with. The distinct architecture of this church conforms with the classical style of English architecture. The church has stood the test of time of over 200 years, with little or no material alterations of the structure. During the war of 1857 in the event of heavy fighting between the British and Indian soldiers, the soldiers carried their arms to the church when they came for prayers.

Today St. John’s Church is the testimony of ancient English-style architecture, thus, retaining the old elements and traditions too. With the seating capacity of over 3000 seats, the church is one of the largest in today’s day too. The church holds services every Sunday at 8.30 a.m. during summer and 9.30 during winter. Services during feasts and festivals of Christmas and Easter are at 10.00 a.m.