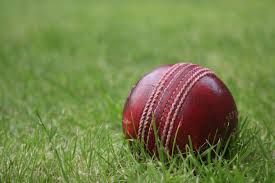 Meerut's popularity and contribution to the world of sports are well known. The city prominently features among the producers of sports and sporting equipments in the global map ranging from cricket bats, hockey sticks, table tennis bats and a whole range of other sporting paraphernalia have their presence here. For this reason, Meerut is called the “sports city of India”. There is an increasing focus on indulgence in sports and sporting activities among all age groups. Many a club, sports club impart training for all age groups, while the stadiums here hold matches periodically to improve the sports standards of the city. Sports organizations and clubs aim at imparting world-class training and encourage sportsmanship among the youngsters here. Sports personalities of international fame in the field of cricket, football and hockey belong to Meerut.

Several sporting legends belong to Meerut and have earned international acclaim in the field of various sports and sporting events. Renowned personalities of Meerut include Late Shri Raman Lamba, Praveen Kumar, Mohinder Singh Pal, etc. Meerut is a home for the upcoming players in the field of football, boxing and wrestling, chess, etc.

Born in 1962 in Meerut, Mohinder Pal Singh has played different matches at National and International Levels. He was the Captain of the Berlin Champions’ Trophy in 1989 and had captained the Indian team for a brief period. He is the recipient of the prestigious Arjuna Award in 1988.

Born in 1986 in Meerut, Praveen Kumar has established himself as an ace cricketer after having played many National and international matches. As a team member during the ICC Cricket World Cup he played for India in 2011.

Raman Lamba was a popular cricket legend who represented India during different matches held through the 1980s and 1990s. He has scored many centuries and half centuries for India to his credit during this time. He died in the year 1998 at Dhaka during the match that was played between Bangladesh and India. The cricket ball hit his temple that caused internal haemorrhage. He served the Indian team till the age of 38 years.

Gurubhaksh Singh is a Hockey legend born in 1936 at Pakistan and eventually moved to Meerut along with his family. He has represented India at hockey matches at the national and international arena such as, 1964 Summer Olympics, 1976 Summer Olympics, etc.

Other sports personalities from Meerut include:

Meerut is a hub of manufacturing of sports goods. They cater to both domestic and international markets with a wide array of sports goods namely cricket bats, table tennis bats, hockey and golf sticks, etc. Besides, a wide range of sports clothing and equipments are manufactured here such as boxing gloves, practice nets, track suits etc. To put it in a nutshell, Meerut, is a one stop centre for all sports goods and sporting equipments. All India Sports Manufacturers Association has a list of almost 250 of the sports goods industries located at Meerut catering to the needs of almost the sports and games.

Meerut has been the host city for many national-level matches of hockey, football and cricket. Ranji trophy matches have been played at Meerut. Some of the popular stadiums in the city include the Sports Stadium at Civil Lines, Bhama Shah Stadium, Kailash Prakash Stadium, etc. The stadiums here give training for many sporting activities including athletics, hockey, cricket, swimming and some even have boxing Rinks. In present times, however, due to lack of proper infrastructure and facilities, the upkeep of these stadiums have not been very good. It fails to do justice for the enthusiasm and expectation of the people who want to pursue serious sports.

Proper training, good infrastructure and facilities are provided at the Sports Club, who cater to the wide range of sporting interest in people from all walks of life. Sports Clubs are popular in Meerut and are a host for a number of sports activities and training. Sports Clubs at Boat Club, Sports Club at Banga Nagar, Snooker Club, Football club, Alexander Athletic Club are to name a few. Billiards and snooker championship is held annually at Alexander Athletic Club, while the Indira Gandhi Sports Club is popular for all outdoor sports.

A number of sports training centres and academies have their presence in the city of Meerut that aims at imparting quality sports training facilities. Training for sports namely hockey, football, cricket, swimming, boxing rifle shooting, athletics, etc. are popular among all age groups.

Meerut is renowned for rifle shooters, and a number of rifle associations are located here. Meerut District Rifle Association caters to the host of shooters of international acclaim. San-e-Hamz Shooting Academy, Johri Shooters Academy, are to name a few. The place Johri on Baghpat Road located nine kilometers from Meerut are popular for shooters-both men and women. Several shooters from this area have represented India at the international arena. The following are some of the sports academies in Meerut.