Jails and prisons are a subject matter of the State Government in India. Criminal jurisdiction is a vital area of policing, the guidelines of which are stipulated in the Prisons Act of 1894, with the respective state governments maintaining and amending the principles outlined in the jail manuals from time to time. As the administrative capital, the Meerut district jail is located here accommodating prisoners from all round the district. Meerut District jail has an illustrious history attached to it as its establishment dates back to as early as 1857. It is called Chaudhry Charan Singh Jail, named after Late Charan Singh, the sixth Prime Minister of India. 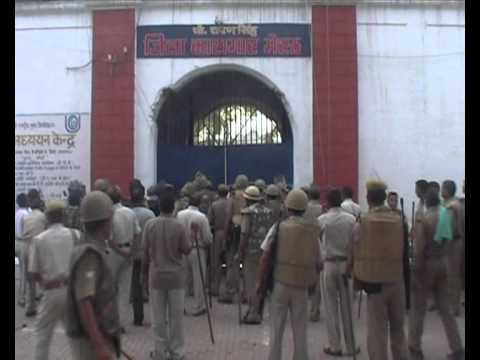 The district jail in Meerut is located at Abdullapur and is a fully functional prison that was originally built to accommodate a total of 796 inmates that includes 766 male inmates and 30 female prisoners. Having played a significant role during the War of Indian Independence during those days, most of the inmates here were the political prisoners. A separate wing to accommodate the juvenile prisoners was started in 1990. The Meerut prison authorities are involved in a number of activities for the betterment of jail condition and for the benefit of the prisoners. The increasing crime rate within the prison premises and overcrowding of jail are one of the key challenges that are faced by the prison administration. As on 2010, there were a total of 2235 prisoners, out of which only 92 are convicted prisoners, the rest being under trials. This has posed several issues relating to health, hygiene and the upkeep of the prison.

The Superintendent of Meerut Jail is the primary head of the jail administration. He is assisted by two jailors and nine deputy jailors. Apart from this the head wardens, reserve wardens and wardens assist in the functioning of the prison. A full-fledged medical team consisting of medical superintendent, one medical officer, pharmacists, lab attendants overlook the medical attention for the prisoners. Jail hospital with a total capacity 50 beds sum up the medical team.

The Jail Authorities in Meerut are involved in a number of welfare programs for the benefit of the inmates. Vocational training, social counseling especially for women inmates and legal aid are some of the steps that have been taken to oversee the welfare of the prisoners. A number of NGOs have taken active initiative in assisting the prisoners of Meerut Jail for a sustainable future. Prisoners are involved in duties such as cooking, gardening and agricultural work for which they receive fixed wages, based on the skill and expertise of the work. Lok Adalats are held within the jail premises, where the cases of the under trials are considered and disposed off accordingly.

Several NGOs such as Aasha Kiran are involved with several welfare activities at the Meerut Jail. They conduct special spiritual, cultural and vocational training for the inmates, give medical assistance, extend free legal aid to the inmates and also visit the families of the prisoners. Hence they provide a holistic assistance to the prison inmates.