Meerut is located 70 kilometers from the national capital Delhi and has in the recent years evolved as a hub of industrial and agricultural development.The city has witnessed growth with all modern amenities and entertainment options. Movie lovers and cinema goers can now enjoy the comfort of quality theaters with ample seating, refreshment options and comfortable viewing, with the influx of the multiplexes all over in the city. No doubt, they have led to the closure of single screen cinema halls, but they also promise entertainment as a whole new experience. Several national chains like PVR Cinemas, Big Cinemas, have their presence in the city, which is now self sufficient with multiplexes and cinema theaters. From the latest of the Hollywood movies, Bollywood to the local movies, these theaters showcase the movies for every genre and like. Needless to mention, that Cinema is a powerful media of entertainment, it is also popular among all age groups and all sections of the people. There are only nine single screen theaters in the city which now face challenges from the multiplexes. 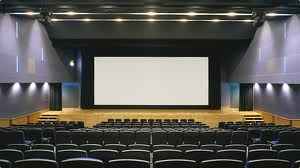 Explore more about Entertainment and Nightlife in Meerut