As the second largest city (ranked next to New Delhi) in National Capital Region (NCR), Meerut is spread over an area of 2,522 square km. Its geographical location on fertile plains of the two rivers - Ganga and Yamuna, thereby, fostering immense opportunities of growth of both the agriculture, manufacture and service sector. The main localities in Meerut are the Cantonment area, old Meerut consisting of Pallavapuram, Ganga Nagar, Sainik Nagar and the relatively new areas such as Modipuram, Mawana Road, Shastri Nagar, Saket, etc. In Meerut, the industrial units have been established at the Industrial estates at Modipuram, Partapur, Daurala, Dhirkherac, the commercial areas include Tejgari Road, Begumpull, Delhi Road, etc. 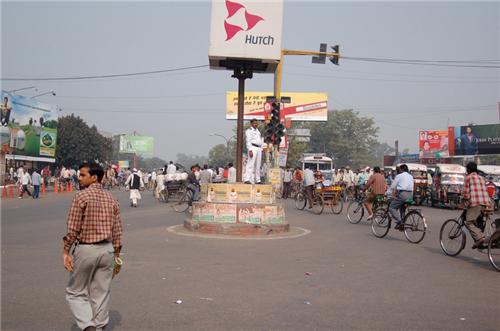 Partapur is at a distance of five kilometers from the city center on the Delhi Road at the convergence of NH-119 that connects New Delhi with Meerut. It is a hub of manufacturing units and educational institutions. Newer developments proposed in this area include better road infrastructure and connectivity, development of an international airport from the existing Ambedkar Airstrip, etc. Partapur is served by its own railway station and most of the trains have a pit stop here. The industrial estate at Partapur houses a number of manufacturing units of sports goods, beverages, electrical goods and packaging industries.

Saket is one of the prime residential areas of old Meerut that has well-planned colonies, residential houses, etc., and is an expensive area so far its real estate prices is concerned. In recent times this area has witnessed developmental activities like construction of malls and shopping areas, schools, theaters, residential apartments within gated community.

This locality is a part of Kanker Khera area of Meerut. The etymology of Modipuram is the presence of Modi companies namely M/s Modi Rubbers, Modi Continental that occupies huge land space in this region. The area Modipuram also includes Daurala and Pallavapuram and houses many industrial units, residential areas as well as educational institutions. The Islamic Seminary or educational institution Daar-Ul-Uloom Deoband, the central market Chauhan Market, is its neighborhood. The adjoining areas of Pallavapuram and Pavli Khas is popular for the residential areas and a number of colleges and schools. Pavli Khas Railway station is an important train halt for inter-city and state trains.

Mawana is a part of old Meerut and is located 8 kilometers from main town center. This place is popular for the Mawana Sugar Works that is located here. In the present day, Mawana Road is the center of commercial activities and has seen a lot of development in terms of residential area and commercial area too. It is close to Civil Lines, Saket and Surya Nagar. An annual event for food and festivities is hosted in Mawana called Shaheed Chandrabhan, where people participate in large numbers.

Jaibheem Nagar is located 3 kilometers from the Meerut city center, that predominantly has housing colonies for the economically backward communities. Established in the early 1990s, Jeevanbheem nagar has grown in size and number and presently has over 10,000 residents. Many NGOs, welfare homes and government aid is spent for the welfare of the people living here and also improve their living conditions. Local bodies and government are working hand-in-hand to reduce the pollution in the pond and rivers and make water suitable for drinking purposes.