Entertainment and Nightlife in Meerut

Meerut is one of the fastest developing towns of North India and also ranks high in terms of vibrancy. Development and growth of the economy is reflected in various facades of the city life here. Unlike, earlier times, when people used to travel to Delhi for fine entertainment or nightlife, present day Meerut has changed considerably in these areas. Overnight, the city has witnessed a number of malls, entertainment places, theatres, night clubs, clubs and pubs that have mushroomed up all across the city. Besides the city has many gardens and amusement parks to its credit, which provides ample leisure time too. Travelers to the city have myriad choices as far as entertainment, socialization and revelry are concerned. That should leave you with no room for any boredom due to lack of entertainment opportunities in the city. 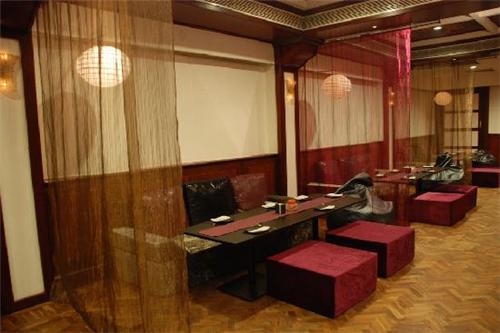 
The bustling city of Meerut has a good number of options for all night revelry and entertainment. Restaurants, bars and pubs are frequented by all age groups and most of them are open till wee hours of morning. It, thus, is a option for time out in the city and good opportunity for socializing and entertainment. Although the city has a number of bar and restaurants, the choice for nightclubs and pubs are restricted. Some of the poplar ones are Garden Hills Bar and Restaurant, The Orchid Lounge at Hotel Crystal Palace, the Millenium Restaurant at Hotel Naveen and Surya Bar and Restaurant. 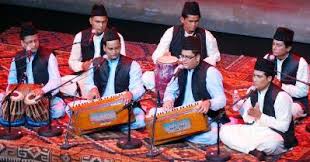 Qawalli is long rooted custom in North India and is very much an integral part of the life of people in Meerut too. Wherever and whenever there is an occasion of celebration, quwwals are called to arrange quawalli here. Through generations it has proved to be a great mode of entertainment for people across all age groups. Renowned quawalls perform at various venues across the city regularly.


For an overall good and pleasant atmosphere for movie goers, the city houses a good number of multiplex theatres at select malls in town. Cinema Halls are present at every nook and cranny of the city. The popular multiplex theares are PVS Cinema, BIG Cinema located at Magnum Mall. Some of the other theatres here in town are Natraj Cinema, Meghdoot Cinema Hall, Filmistan Cinema Hall. 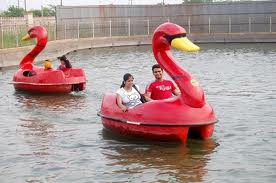 Meerut has a number of amusement parks, much to the delight of children. After one of the popular Amusement Park "Appu Ghar" closed its gates making way for residential area, there are few popular amusement parks that have come up in the city. The theme-based park Fairy World is a great entertainment spot for children of all age groups. Ecological Park located at Kali Paltan, Pleasura at Mawana Road are also among the most frequented in the city.


The city of Meerut is filled with gardens, practically at every vicinity in town. Some have well manicured lawns, with other amenities such as fun rides for children, walking or jogging track, prayer place etc. Some of the most frequented gardens in Meerut are Kamala Nehru Bag, Victoria Park, Suraj Kund Park, Company Park, Chandni Park. Gandhi Bagh and Pine Children's Park are among the other gardens in Meerut.


One of the most popular jaunts for people in Meerut are Hastinapur Wildlife Park that is located about 40 kilometers from Meerut. Known to have some of the widest varieties of flora and fauna, one can spot the Sambhar Deer, alligators Cheetahs and other species of animals as well.


Meerut has a number of clubs that are frequented by like minded people. International organizations such as Lion's Club and Rotary Clubs have their respective chapters here in the city. This provides ample meeting opportunities for people who share common interests. The local clubs such as Meerut Club, Friendship Club, Alexander Athletic Club are among the others. Wheeler's Club located in the Cantonment area of Meerut is among the oldest and the most popular clubs in the city. Literary events and shows are held here on regular basis. In present times, parties, marriages and get-together take place at the venue of Wheeler's Club.