As per 2001 Census, Meerut has attained the status of a metropolitan city, the main determinant here being that the population of the region here is one million plus population. The population in 2001 was recorded to be 11.61 lakh, As per the 2011 Census the population of Meerut has been recorded as 13.09 lakh. Meerut is the 26th most populous city in India. A number of reasons can be attributed for the sudden spike in population in the region such as progress in industrial sector, importance to tourism sector and modification of agriculture and allied activities. Migration into the city is also one of the root causes for the rise in population levels as it accounted for nearly 73% of total increase over three decades and 20% of total population during the last decade. The analysis of the social constitution of the population here gives us an idea that the poorer section of the society constitute the larger section of the population. This has largely been due to the increase in workforce and migration of workers from surrounding villages and towns. 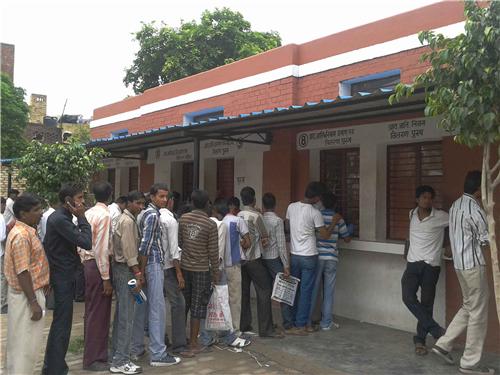 Meerut city spans up to a total of 335 square kilometers. As per the 2001 census the population density in the area within the Municipal Corporation limits is 7532/ Square kilometer.

The male and female ratio as an important demographic indicator whether it is natural or is through sex selection. Out of the total recorded population of 13 million in 2011, 6,70,054 was female population as against 7,54,857 which was the recorded male population. There has been a steady increase in the female population in the recent years, due to the inflow of female workforce into the city. During the earlier years, only the men from the nearby villages came to Meerut owing to the increase in industrial activities.

The total child population consisting of children in the age group of 0-6 years has been 5,04,000 as per the 2011 census. The annual child population is 852 as against the national average of 857. Children constitute a total of 14.63% of the total population of Meerut.

Explore more about Geography of Meerut