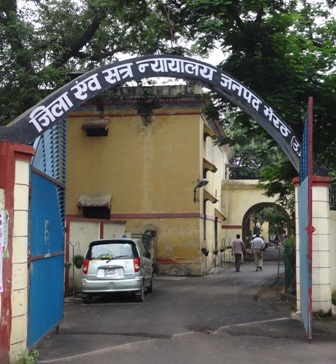 The present day judicial system was established by the British on the basis of the common law system during the 19th Century. With the coming into force of the Constitution of India, the judicial system has also seen a remarkable change over a period. The establishment of courts, hierarchy of the judicial system and the jurisdiction of the courts are encapsulated in the articles of the Constitution. Meerut being the district headquarters of has district courts that have jurisdiction over the district in matters pertaining to civil, criminal, labour etc., in nature. Besides, Meerut has one District Consumer Forum, tribunals to hear matters pertaining to particular subjects such as land, railway disputes etc.

The District Court in Meerut was established way back during the time of the British era. Many a historical decisions pertaining to the cases of this region had seen the light of the day. In present times, the district court here has original and appellate jurisdiction over matters within the territorial jurisdiction of the district that are both civil and criminal in nature. In total, there are 53 sitting judges. Matters pertaining to family, labour, prevention of atrocities to SC/STs, Motor Vehicles Compensation Act are some of the other matters that are dealt in a separate court halls located within the building of the District Court in Meerut. One administrative judge of the High Court of Allahabad has been appointed to oversee the matters pertaining to the district. The appeals to the matters decided by the District Courts of Meerut lies to the High Court.

In matters pertaining to family such as maintenance, divorce, alimony as per the principles laid down by the Hindu Marriages Act, the family Court is the competent court of justice. The Court of the Additional Family Judge and Principal Family Court are located within the premises of the District Court Building at Meerut.

The District Consumer Forum has jurisdiction over original and appellate matters. All matters above the pecuniary jurisdiction of over Rupees 5,00,000 are entertained as original matters at the consumer forum, while the appellate matters include those which are appeals against the consumer forums. All appeals against the order of the District Consumer Forum lies at the State Consumer Redressal Forum.